The MPM includes a full duplex Tx/Rx radio communication link with PTT. The MPM is capable of transmitting and receiving audio in a either simplex or duplex operation. The MPM Radio keying utilizes either a PTT  EIA Function Tones or  VOX. used for remote keying.

The management and configuration is accomplished by the use of a simple web browser. Settings such as Tone Keying and VOX, IP address, and SIP extension are set using a standard web interface.

To further supplement the MPM interconnecting ability, it is also capable of simultaneously running multiple protocols and can be used as a conference bridge between the various interfaces.

Ready to discuss your needs and ideas? 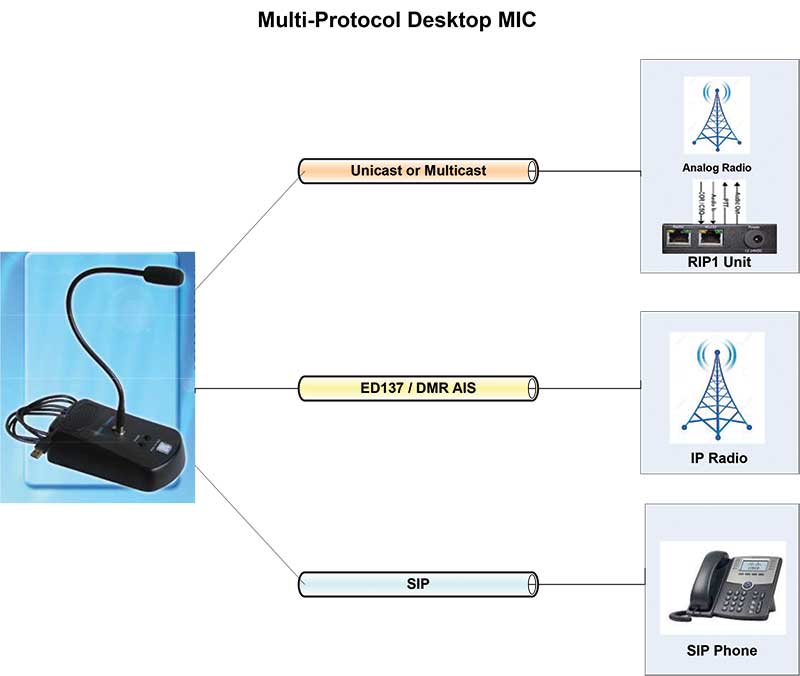